There are many good reasons for including bitmap images in schematics or boards, such as documentation or reverse engineering PCBs from photos. Since I needed the latter for a project of mine, I decided to have a go at implementing it.

However, there are some challenges that need to be overcome:

Pictures are imported using Gdk’s pixbuf loader infrastructure, so it’s possible to import a wide variety of image formats. For maximum convenience, pictures can also be imported by pasting.

This is how it looks like. In this case, the imported picture was used as a reference to retrace the board outline. 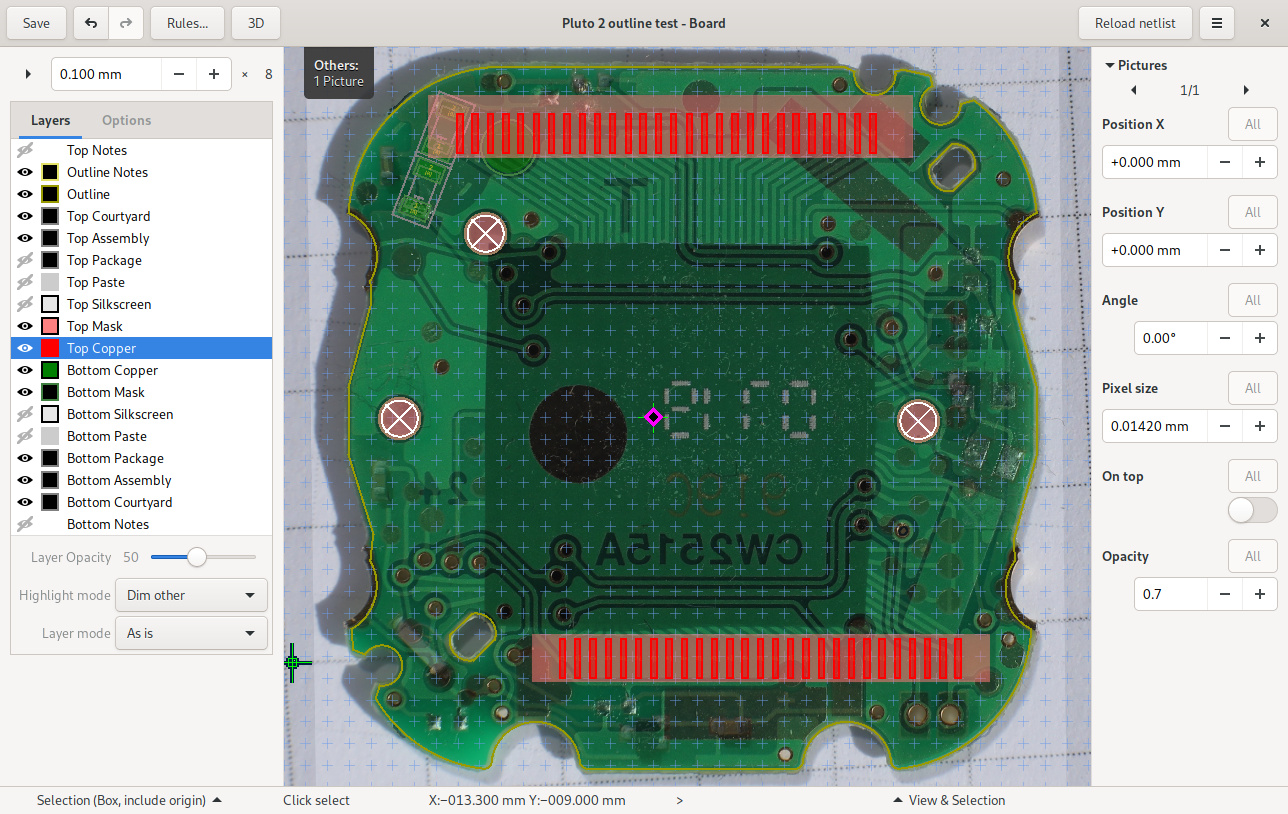 To solve this issue, we now have a rule to specify layer pairs that supports different layer pairs based on net:

The grid has hasn’t seen much development since it’s inception. Issue #407 got me motivated to spend some time improving it in two ways:

With these changes in place, this is what the new grid controls look like: 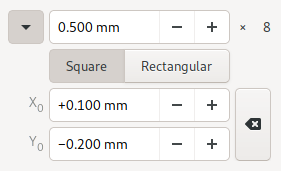 The grid’s appearance also got an upgrade with the grid marks now being aligned to the pixel grid for pixel-perfect rendering even with antialiasing enabled.

Motivated by Robin’s and anuejn’s reports about issues with the KiCad router integrated in Horizon EDA, I decided it was about time to improve a few things:

To maximize screen real estate available to the the canvas and reduce clutter we now have a distraction free mode that hides the left and right panel in the interactive manipulator: 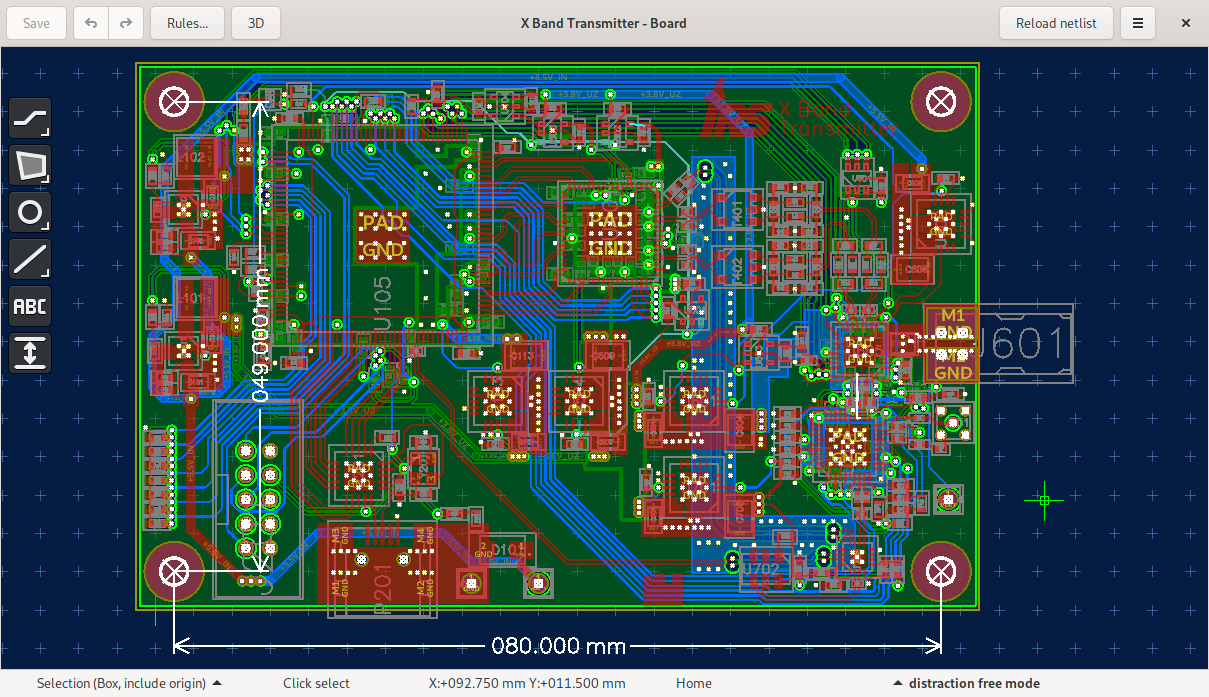 In Horizon EDA, arcs are specified using start point, end point, center point and direction that determines wether the arc goes clockwise or counter-clockwise. Unfortunately, this leaves us with two radii. Initially the arc just wasn’t rendered if it happened to have non-identical radii. As the disappearing arc was a bit confusing, I modified the renderer to interpolate between the two radii in order to have something to show.

This however isn’t optimal either as arcs are supposed to be circle segments with constant radius. To fix this, the center point provided by the user is now projected onto the perpendicular bisector between start and end point to always have the same start and end radius.

Probably the biggest improvement that landed in June is the greatly improved Airwire filter window that got renamed to “Nets”: 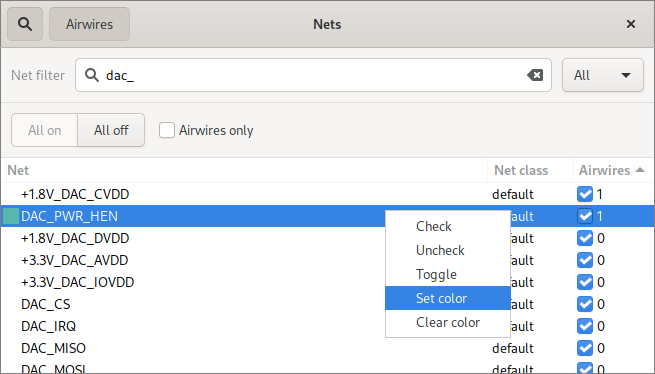 The nets window gained these features:

When setting a net color, all tracks, vias, pads, planes and airwires that belong to the given net have their color replaced with the set one for easier identification. That resolved Issue #408.

Selecting any vertex/edge of a polygon, all of its vertices and edges now get highlighted to make it easier to see the outline of the polygon. This is especially useful for planes where the polygon’s outline is replaced by the plane’s: 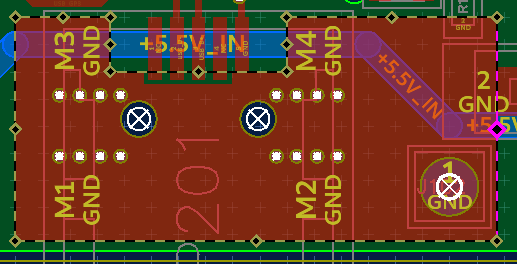